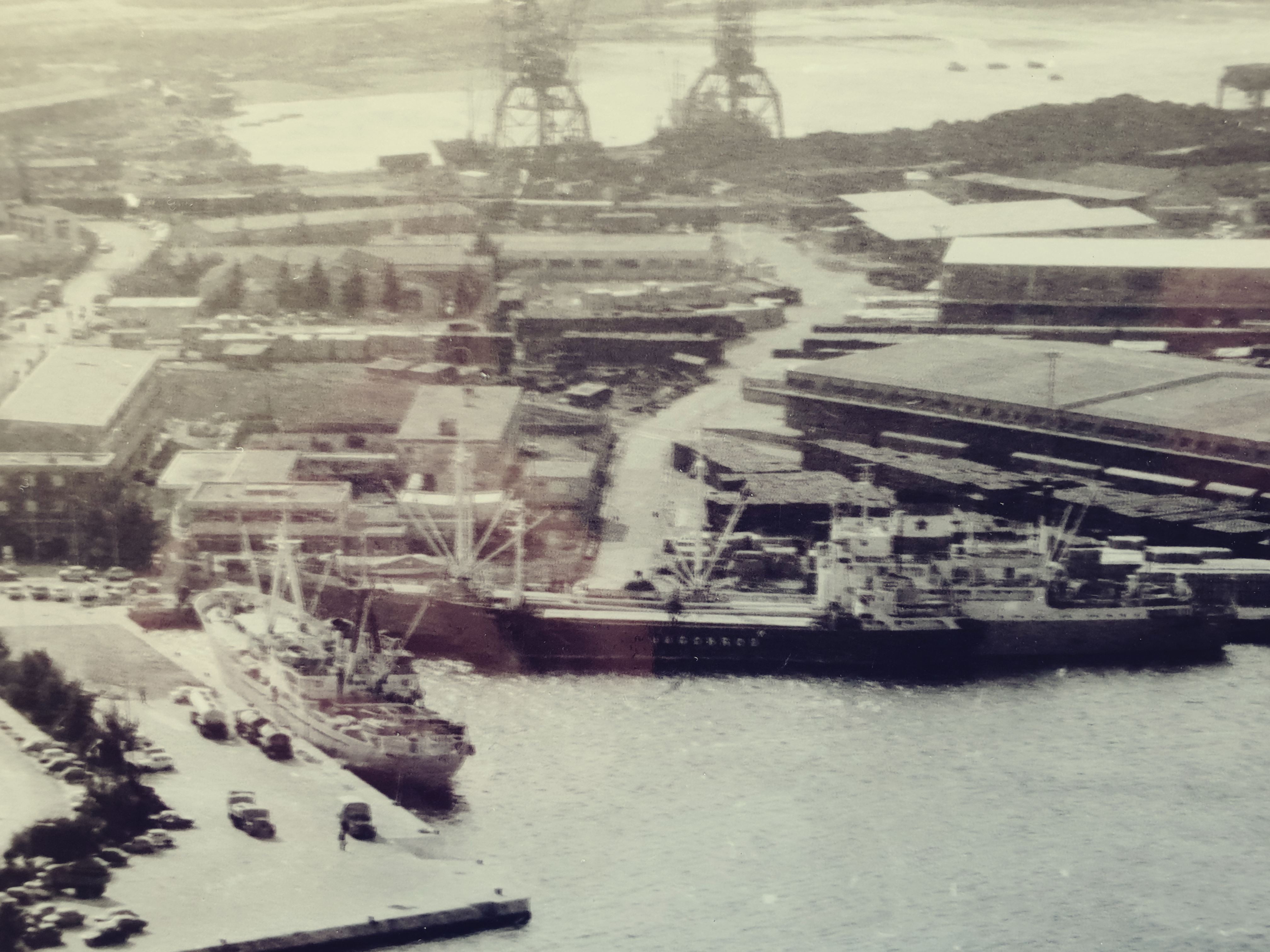 THE PORT OF PLOČE

From local dock to international port
1
The old seaport that was located on the site of today’s port was first mentioned on November 6, 1387 and it was called “Ploče”. The port itself began to gain importance in the 20th century, when port developmental plans slowly began to be realized.
The development of the port and the city in the second half of the 20th century can be traced through three phases:
OLDEST WRITTEN WORD OF THE PORT OF PLOČE
1 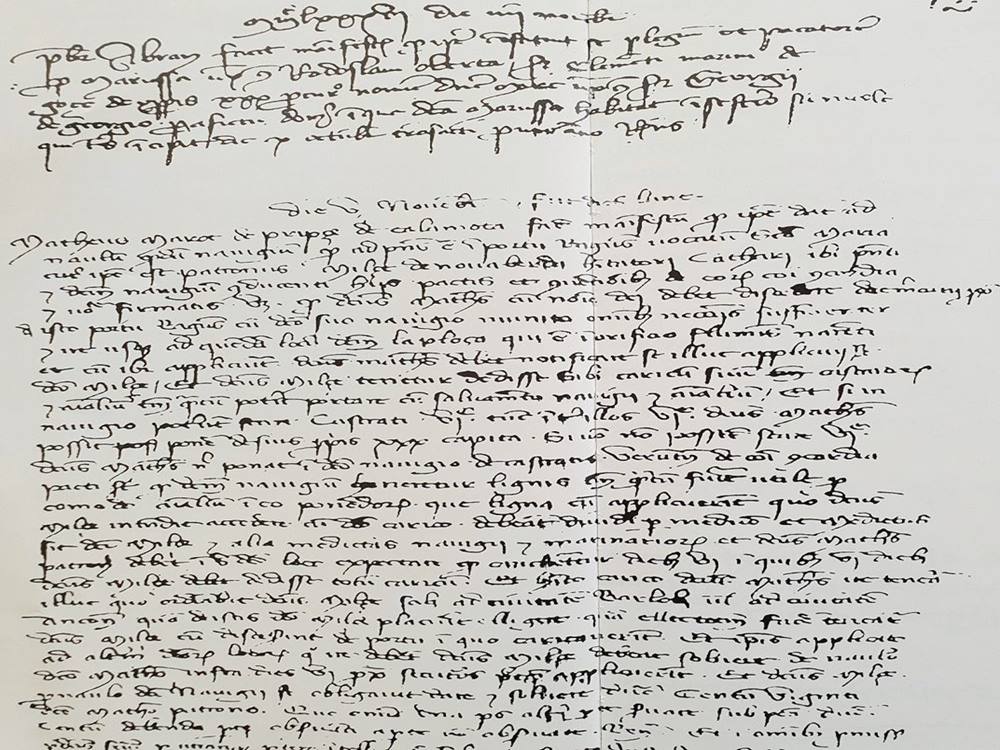 The first written historical document from 1387 that mentions the port of Ploče. 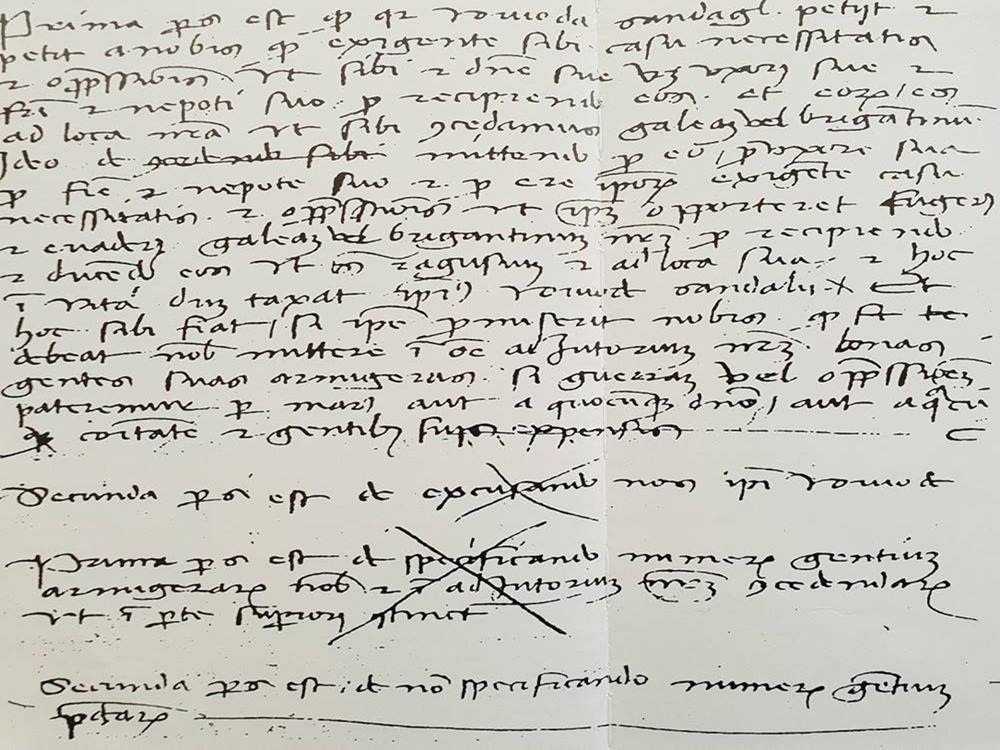 Another written historical document from 1426 where the port of Ploče is mentioned. 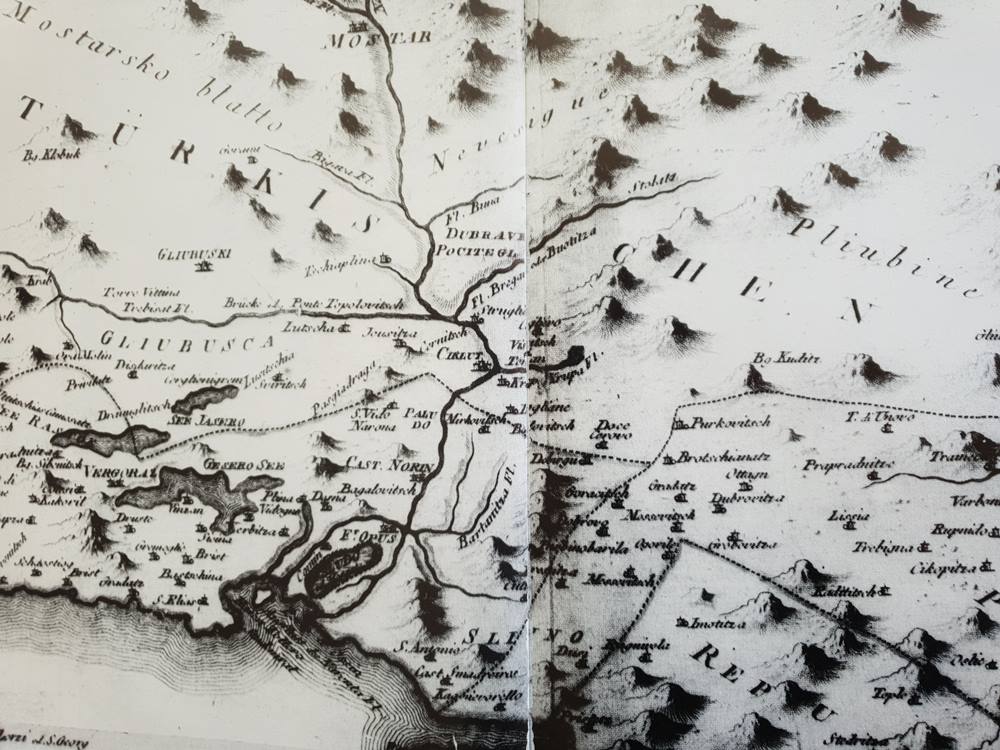 Neretva region with the Neretva River from the time of Br. Luke Vladimirović (1718-1788). 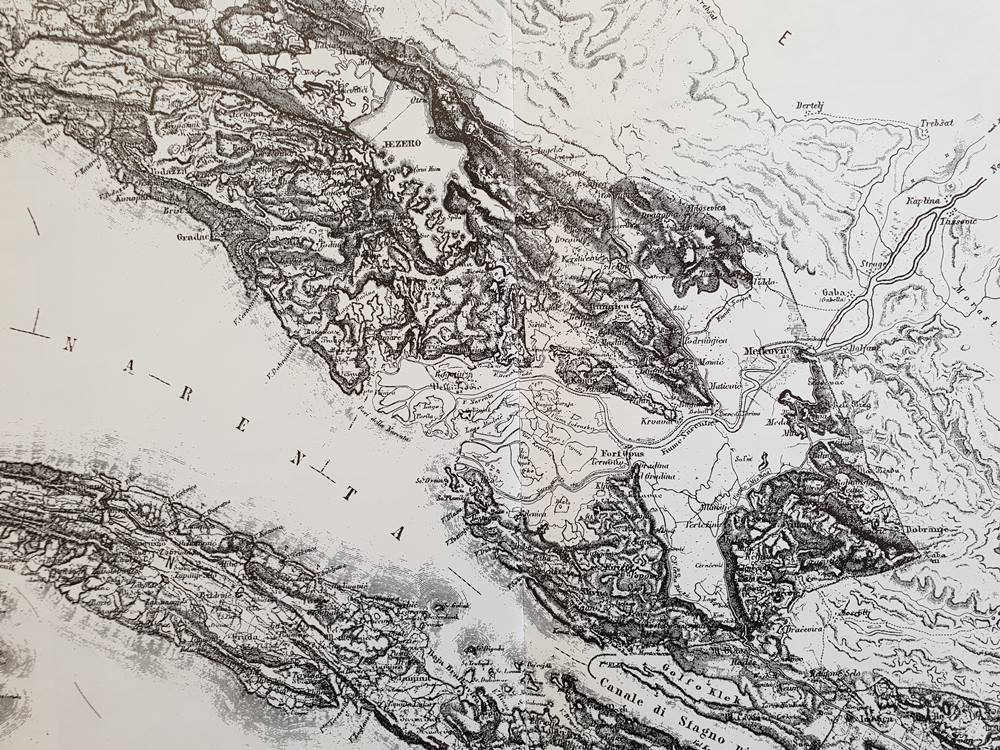 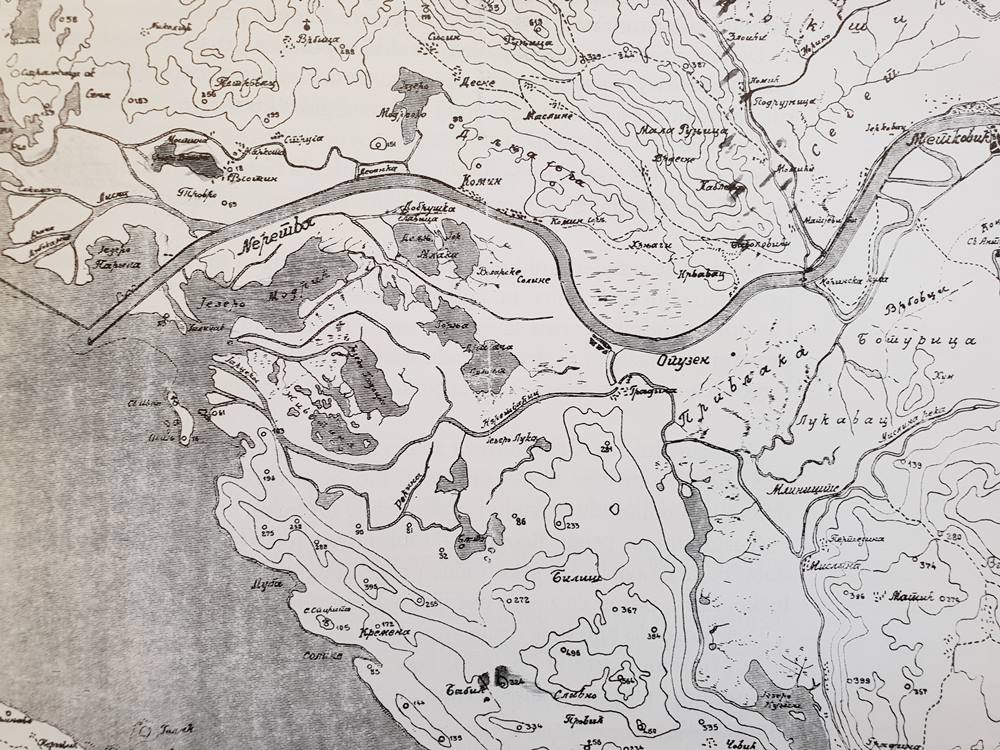 The Neretva Valley on the Geographical Map in 1927.

Ing. BORIS KARAKOZ
the alpha and omega in the creation of the port of Ploče
1 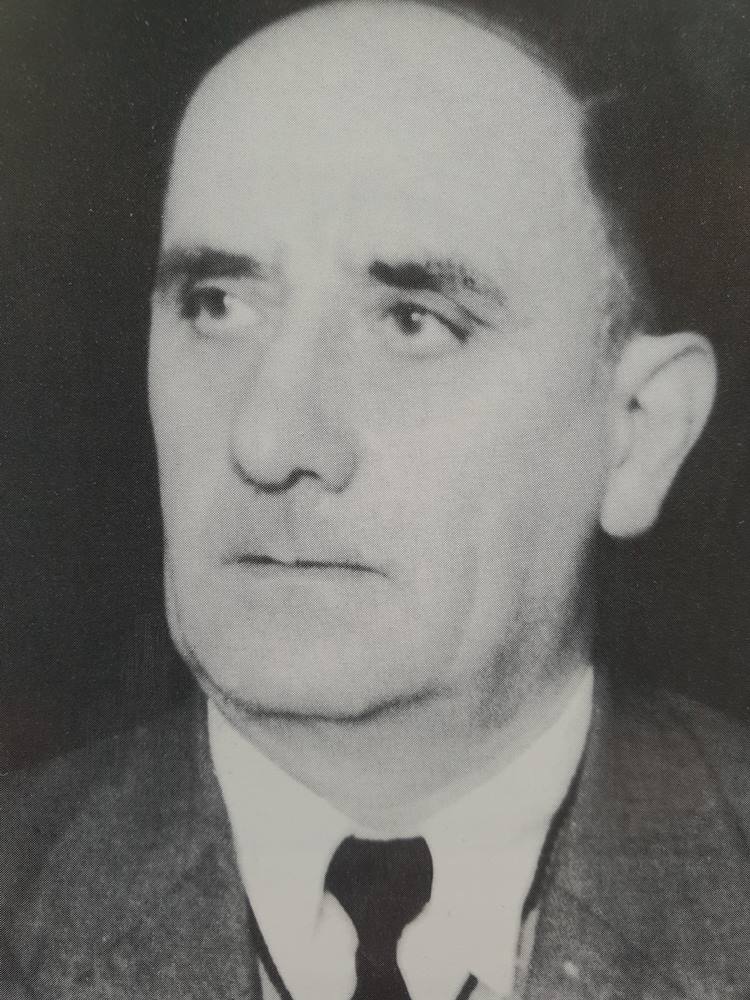 Engineer Boris Karakoz was born in 1893 in Kiev, the capital of the Ukraine. He completed his grammar school and studied at the Faculty of Civil Engineering in Petrovgrad at the Political Institute. At the beginning of 1930 he came to Split where he served as head of the Maritime Construction Department. Completely devoted to his craft, it is difficult to find an object on the Adriatic coast today that in some way was not influenced and engaged with by ing. Karakoz.

The first project of the Port of Ploce, made by engineer Boris Karakoz, from 1936 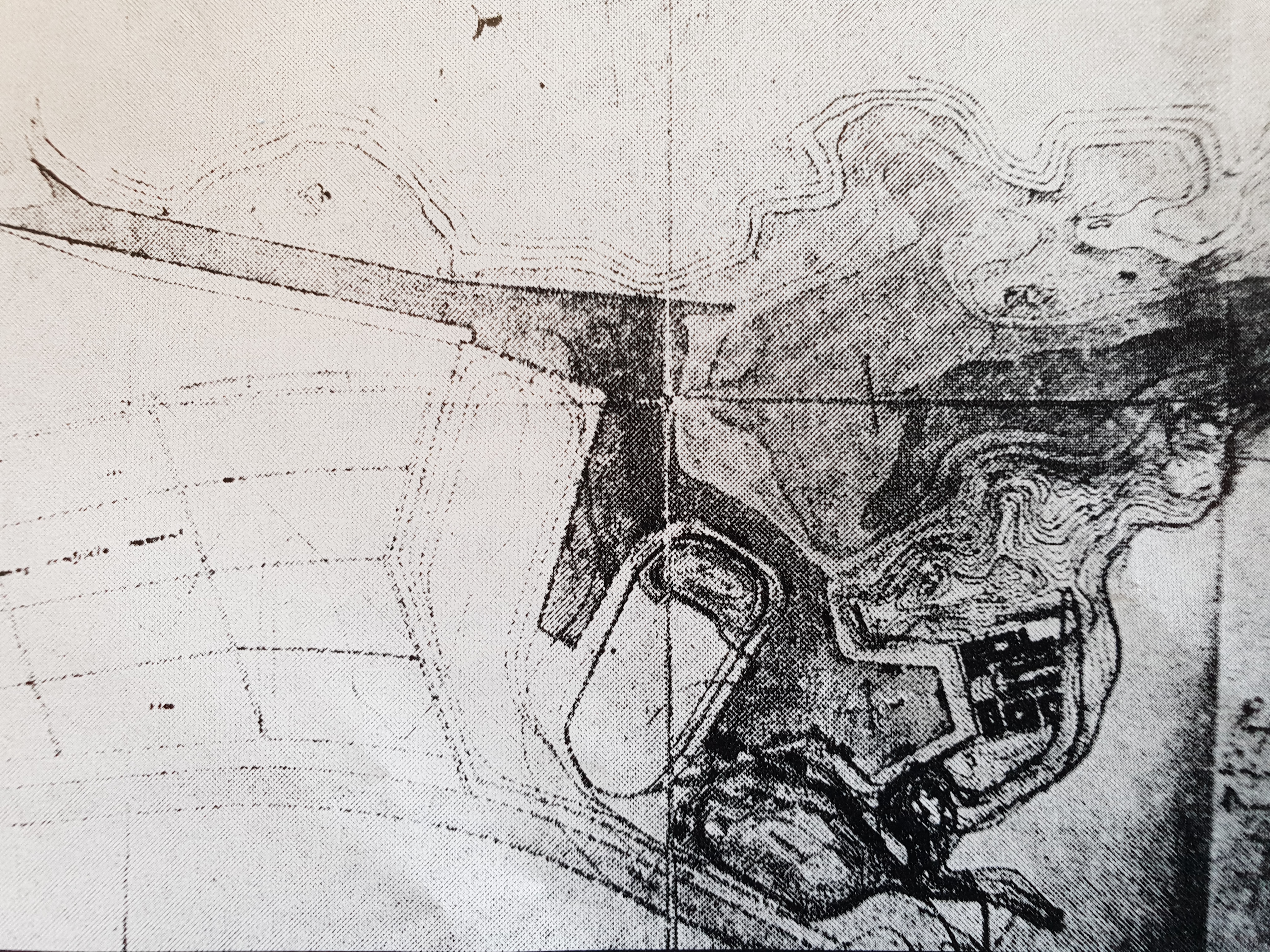 Some of his most significant projects include the realization of the protection of the tunnels of the Dubrovnik hydroelectric power plant in the Port of Plat, the preparation of the Port of Metković for work, creation of the first objects at the port of Gaženica near Zadar and maintaining the navigability of the Neretva. Of all the above, the design of the Port of Ploče is certainly one of its greatest achievements. At that time, the Port of Metković, one of the business units of Luke Ploče, was a busy transport center for the railroad that ended there. Observing the river Neretva and the Gulf at the port for years, Engineer Karakoz completed the survey in 1936, and began planning the city and the Port of Ploče. The final project was approved on November 30, 1938, and the next year the construction by mining the Zminjac hill, which was located in today’s pier 2, began.

The construction of the Port of Ploče, over the years, has encountered numerous obstacles, which attempted to show the entire project as unimportant and too expensive.

The Port of Ploče and the railway were put into operation on July 15, 1945, which is officially considered the beginning of the port of public transport.

Boris Karakos was certainly one of the key people entrusted to shape and “breathe life” into the future Port of Ploče, which today, after more than 70 years, is one of the most successful business stories.

THE HISTORY OF THE PORT OF PLOČE THROUGH IMAGES
1

Design of the narrow railroad 1936.

Award of prize at the port games

Storage of iron wire at one of the port piers

Woman’s Day in the Port of Ploče

Employees rest during a break

Arrival of employees by train to the port of Ploče

Snow in the port

Snow in the port

Vessels anchored in the Port of Ploče

Offloading the container in the port

View from the deck to the port

Anchored ship in front of the port

Anchored ships are waiting to enter the port

Opening of the administrative building of Luka Ploče

Building the port and the arrival of workers, the town of Ploče is slowly starting to develop

Freight transport from the port in wagons

Containers in the port

Disembarking of containers at Port of Ploče

Silos in the port of Metković

Transshipment of cargo with the port crane

Transshipment of cargo via sacks

Trucks wait at the entrance to the port

Coal in the Port

Works at the wood terminal

Arrival of grain truck to port

Asphalting of the port area

Setting up a foundation for building warehouses and silos

Concluding works on the port

Laying the shore with stone

Construction of the port

Concreting of the port area along the railway track

Laying the reinforcement grid at the base of the pier

Begin laying concrete on the pier

Assembly of the structure for the second warehouse

Construction of a warehouse structure at the livestock terminal

Placement of the structure for the port warehouse

Preparation for the continuation of the works

Preparation of the construction site

Workers are walking around the encircled area

Laying the foundation to begin building the pier

Arrival of excavators to the wetland “Crna Rika”

Expanding and filling the pier

Embarking a ship in an improvised dock

The rock from the hill Zminjac, which began to lay the foundation for the pier

Ship approaching the shore of the Zminjac Hill

Zminjac Hill and the place of today’s passenger pier

Improvised wooden dock at the Port of Ploče

Visit of businessmen from Metković in 1937 (at today’s Luka Ploče d.d., near the Zminjac hill – today’s Pier 2)